Lest We Forget: ANZAC Day Services 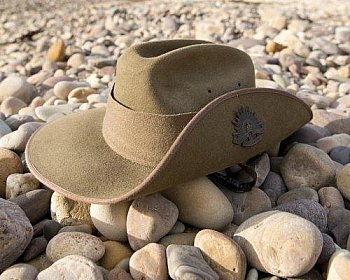 Residents and visitors to the City of Marion are invited to honour servicemen and women at local ANZAC Day Services.

Please note that all services will be held in line with COVID-19 health guidelines.

Heron Way Reserve, 6am, April 25, at the Halley Cove Foreshore

Held around a memorial overlooking the coast, the event includes a piper, Catafalque Party, and guest speakers.

The service is being organised by the Lions Club of Hallett Cove and is supported by a $5,000 grant from the City of Marion.

Members will assemble at the clubrooms at 5.45am and march to the cenotaph in the club’s memorial gardens for the service.

This will be followed by a sausage sizzle and games, including the traditional Australia gam Two-up.

People are advised to arrive early for the events to allow time to complete the sign-in process with either a QR code or hard copy form.

The Dawn Service is organised by the Plympton Glenelg RSL and will include a piper, a performance by the Marion City Band, The Ode and Last Post.

Following the service, guests are invited to a gunfire breakfast which will be held at the Plympton Glenelg RSL Sub Branch Inc, located at 464 Marion Road, Plympton Park.

This event will be the 14th youth vigil supported by the City of Marion.

The official ceremony will commence at 8pm with a performance by the Marion City Band followed by an address by a member of the Defence Force, the laying of tokens of remembrance and the playing of the Last Post.

More than 40 young people aged 13 to 18 from service organisations, including the Australian Air Force Cadets 609 Squadron, Ascot Park Scouts, and the St John Cadets Glenelg Division will stand guard in 20-minute shifts throughout the night leading up to the ANZAC Day Dawn Service at the Marion RSL.

The vigil is an important event in preserving the legacy of the ANZACs for current and future generations.