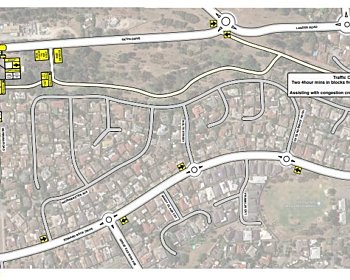 Berrima Road at Sheidow Park will be closed to commuter traffic for nearly two months while the City of Marion installs a new stormwater culvert to mitigate long-standing flooding issues in the area before winter.

Contractors will be working in the area from 7 March until 22 April, from 7 am to 5pm Monday to Friday. There may be some work conducted on weekends.

Berrima Road is scheduled to be re-opened to general traffic on 22 April unless adverse weather delays the project.

Householders who reside on Berrima Road will have access to their premises. Residents will also receive an advanced communications notice in the coming days from Beltrame Civil who will be conducting the works. A copy of this communication can be found here.

Consideration will be given to local residents to ensure there are minimal delays in exiting and accessing their Berrima Road properties.

The Sheidow Creek crossing at Berrima Road has been subject to flooding during heavy rain events for many years. Increased residential development upstream has exacerbated the problem in the past decade.

The South Australian State Emergency Service (SES) has placed this site on its ‘hotspot list’ as requiring their attendance prior to an anticipated heavy storm event.

In 2009, the City of Marion engaged a consultant to develop a solution to resolve the stormwater issues at Berrima Road.

This solution was divided into two stages. The first stage to install detention facilities upstream at the eastern end of Hugh Johnson Reserve Boulevard has been completed.

The road will be closed to traffic and pedestrians from Patpa Drive to Bella Drive.

Berrima Road is classified as a distributor road, providing a major road link for most of Sheidow Park.

As such, the City of Marion is committed to completing this essential stormwater project in the most efficient timeframe before the onset of winter.

The footpath will also be closed from Berrima Road to Lander Road, with pedestrians and cyclists required to use the footpath on long Patpa Drive.