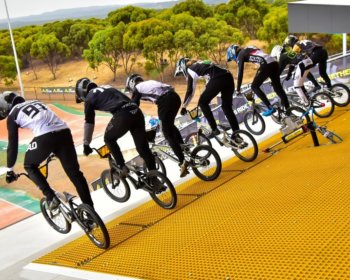 Sam Willoughby, an Olympic medallist and World Champion once dubbed the BMX Bandit, is returning to his home in the southern suburbs of Adelaide for the official opening of an international-standard bike track named in his honour.

The plaque unveiling of the $6 million Sam Willoughby International BMX Facility is being held on Saturday, 22 January, during AusCycling’s BMX National Rounds 1 & 2. This event is part of the Santos Festival of Cycling’s BMX Summer Showdown 2022.

The BMX track began with an idea, the Sam Willoughby namesake and funding commitments from State and Local Governments and now the new facility, located at O’Halloran Hill, is the first Union Cycliste Internationale (UCI) accredited track in South Australia.

Funding for the track has been provided by the City of Marion ($1.75 million), the State Government ($3.55 million) and the City of Onkaparinga ($750,000). Marion Council has also allocated $200,000 for the future construction of a Pump Track on the site.

The track will become the new home of the Happy Valley and The Cover BMX Clubs with the Federal Government contributing $100,000 for a clubhouse through Sporting Australia’s Move It AUS program.

“This is an exciting time for the City of Marion, the sport of BMX racing and the ever-growing cycling and riding reputation of South Australia and it’s really special that Sam, an Australian champion who is a local legend for our clubs, is going to be here to celebrate,” Marion Mayor Kris Hanna said.

“This facility has taken years of planning and community consultation as well as funding from different levels of government to finally come together.

“To be able to mark the occasion with a world cup-qualifying, BMX National competition with some of the country’s elite riders as part of the Santos Festival of Cycling is a fitting recognition of that collaboration.

“The City of Marion is proud to be the home of SA’s first UCI-accredited track with some impressive five-metre and eight-metre start hills.

“I have no doubt the Sam Willoughby International BMX Facility will be just the place to develop the skills of Australia’s next Olympic ‘BMX Bandit’.”

The facility’s namesake, Sam Willoughby, said: “South Australia has for years produced some of the world’s best BMX racers with five of the 10 male representations at the four BMX Olympic games hailing from our state. This track, the amenities and the location are the best I have seen in the world.

“Having an Olympic-calibre track for the development of the next generation of BMX’ers will continue to give young South Australians the ability to chase their dreams and enhance the experience and possibilities BMX offers for local families to create memories on a weekly basis.

“A world-class facility like this will allow South Australia the opportunity to bring the World Championships and World Cups back to Australia.”

South Australian Premier Steven Marshall said: “This incredible BMX track is purpose-built, world-class and the perfect place for the next generation of stars to launch their riding careers.

“Local riders have the best possible chance to reach their potential in this thrilling sport because we’ve ensured the track is tricked up to be compliant with governing body Union Cycliste Internationale (UCI) regulations.

“Carrying the name of local BMX legend Sam Willoughby makes this track like no other in the world – it’s sure to inspire young riders who want to test themselves or just have fun.

“Our investment in the Sam Willoughby BMX track is part of our $400 million dedicated to sport since 2018 to build what matters in South Australia and put this state in pole position to host world-class events that benefit the community.”

Minister for Recreation, Sport and Racing Corey Wingard said: “The eight and five-metre-high start hills make this BMX track the only one of its kind in South Australia.

“Australia’s – and even the world’s – best riders will be desperate to come and get a piece of the action at the Sam Willoughby BMX track located right here in our southern suburbs.

“This track is literally on the doorstep for our local riders and is now the new home of the Cove and Happy Valley BMX clubs.

“The local community already loves the Sam Willoughby BMX track and our economy benefited from the construction phase of the project with the creation of jobs.”

City of Onkaparinga Mayor Erin Thompson said: “The launch of SA’s first UCI-accredited track further cements Southern Adelaide as one of the best places in Australia to tackle on two wheels.”

“Onkaparinga is home to the thrilling final stage of the Santos Tour Down Under; an incredible diversity of scenic roads, trails, parks and tracks; and to recent Paralympic gold medallist Darren Hicks.

“It’s a proud day to add this facility—named after our inspirational Happy Valley hero, Sam Willoughby—to our backyard, providing a fantastic new home for the Happy Valley and Cove BMX Clubs.

“A huge thank you to the State Government, the City of Marion, the BMX clubs and the Federal Government for joining forces with us to deliver on this vision, which will help keep our communities active and healthy for generations to come.” 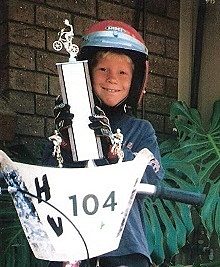 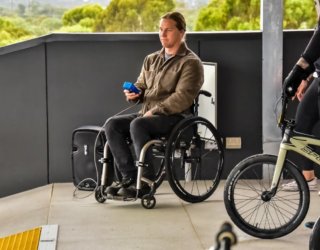 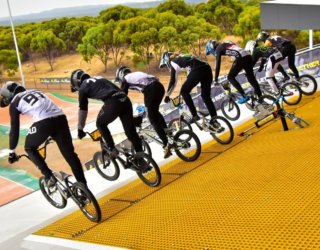