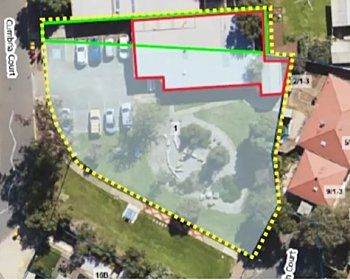 The City of Marion will go back out to the community to seek ‘Expressions of Interest’ from local organisations which might wish to lease or buy the former neighbourhood centre premises at Mitchell Park.

After considering a report on the public consultation on the future of the site at 1 Cumbria Court, Mitchell Park, on Tuesday night, Elected Members decided to keep the green space under council control and not to proceed with the revocation of the Community Land Classification on the open space portion of the property.

They also decided to defer any decision on revoking the Community Land Classification on the portion containing the centre’s building and make another attempt to seek Expressions of Interest from community groups to lease or purchase the premises.

It was noted during Council’s Special Meeting on Tuesday night that retaining the building might necessitate the allocation of up to $150,000 to ensure the premises meet disability access requirements.

The future of the old neighbourhood centre has been the subject of keen community interest with several deputations made to Council in recent weeks, including presentations from Puddle Jumpers, MarionLIFE and the Mitchell Park Kindergarten Governing Council.

A petition signed by 33 residents was presented to Elected Members at the Special Meeting on Tuesday night.

The petition called on the Council to reverse its decision to consider the revocation of the site’s Community Land Classification and keep the area as community space.

The outcomes of the public consultation on the revocation plans were also presented at the meeting.

A report said Council received 43 submissions on the proposal of which 21 were received from residents of Mitchell Park.

The Expression of Interest process will begin on 16 September and will run until 28 October. Details will be released on Council’s www.makingmarion.com.au website.