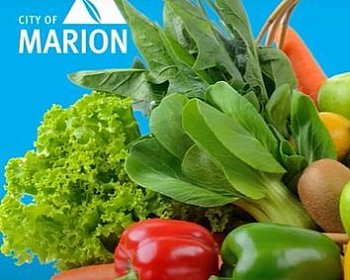 These statistics were outlined in a review of the Food Waste Recycling Program presented to Elected Members at their General Meeting last night, detailing residents’ involvement in the campaign which involved the delivery of kitchen caddies to almost 40,000 households so they could collect food scraps for their green bins instead of placing in their general rubbish.

The program cost nearly $700,000 to roll out and was funded by Council with the help of a State Government grant from Green Industries SA.

Bin inspections conducted by the Council three months after the kitchen caddies were delivered in September last year showed more than 20,000 households, around 54 per cent of premises, were recycling some of their food scraps.

Before the campaign only around 18 per cent of premises were recycling food waste.

A detailed kerbside audit conducted by consultants in May this year found that Council had achieved a food recycling rate of 21 per cent, up from five per cent before the program.

The report to Elected Members said food waste resulted in significant economic and environmental costs to Council and the community.

State Government landfill disposal fees mean it costs councils five times as much per tonne to disposal of general rubbish to landfill than it does to process organic waste.

Food waste also generates methane gas emissions of some 1.9kg CO2e for every 1kg of food dumped in landfill.

The City of Marion’s diversion of 1,144 tonnes of food waste from landfill each year equates to a carbon emissions reduction of 2,174 tonnes CO₂e (carbon dioxide equivalent).

The report also said anecdotal feedback from the community regarding the program was largely positive and many residents expressed gratitude for their free kitchen caddie and compostable bin liners, saying they made recycling food waste much easier.

Residents are encouraged to collect another annual supply of bags (two rolls of 75 bags) from the Council Administration Centre, City Services, or any of the City of Marion libraries or neighbourhood centres. An opt-in delivery service is also available.