Get your Fringe fix in the City of Marion

The City of Marion is once again taking part in the Adelaide Fringe - the biggest arts festival in the Southern Hemisphere.

Residents (and visitors) can get their Fringe fix on their doorstep with the Marion Cultural Centre hosting more than 30 shows.

“2022 marks the fifth consecutive year that the Marion Cultural Centre has been involved with the Fringe,” said Mayor of Marion Kris Hanna.

“This year the program includes an outstanding selection of experiences sure to entertain all the family.”

Performances cover a range of genres from music acts, cabaret, and theatre to dance and visual arts and design and taste testing experiences.

The program includes a selection of performances for children including puppetry, magic, and interactive theatre.

For the music lovers, local favourite Greg Hart is performing three shows - a solo acoustic evening, a night of Beatles Ballads, and a collaboration with wife Trish entitled A Taste of Bond, shaken not stirred!. Please note these tickets will sell fast.

Marion Cultural Centre’s 30-day program started on February 18 and runs through until March 20 and will take place in the Domain Theatre, an official Fringe venue located at 287 Diagonal Road, Oaklands Park.

A comprehensive guide of the Marion Cultural Centre program is located HERE and includes:

ME AND ME MATES

Lovers of the old Australian bush culture will love singing and toe-tapping along to Me ‘n Me Mates. “I wish to place on record my enthusiasm for the performances of Me ‘n Me Mates.

THE REAL HOUSEWIVES CHOIR: GETTING SOME DECK

Empowering their audience through a chorus of favourite melodies, hilarious parodies and relatable stories - these housewives by day, superstars by night will make you laugh ‘til you cry and despite age, adversity and social differences prove anyone can rock the stage!

What does it take to make a masterpiece? Paint? Canvas? Absolute chaos? If you’ve ever said “My child could paint that!” at a gallery, now it’s time to prove it!

Satisfaction The Stones Show are an 8 member High Energy Act who will reproduce one of Rock’s most iconic albums ‘Exile On Main Street’ which is ranked 14th on The Rolling Stones Greatest Albums (2020).

‘LIVE AND INTIMATE’ WITH RACHAEL LEAHCAR

A comedy kids show brought to you by three ridiculous bin loving sillies. Meet bin-vestigators catching out non-recycling nannies, vote for pageant queens (the smelly kind), witness bizarre blind bin dates, follow a gossiping glass bottle on their garbage getaway, sympathise with bin chickens who are really just trying to clean up the park and so much more!

PICO AND THE GOLDEN LAGOON

‘Pico and the Golden Lagoon’ is an enchanting adventure story about courage, new friendships, and the wonders of nature.

RIGHT BY YOUR SIDE ( A CELEBRATION OF THE EURYTHMICS MUSIC & STORY )

Join The BordererS on a journey to salute the Eurythmics. An uplifting story that parallels the lives and musical careers of both duos from their similar upbringings in the UK, to becoming romantically involved, forming a band together and then travelling and performing all around the world.

Greg Hart brings together songs from Australian rock bands and artists such as Cold Chisel, Dragon, Daddy Cool, Men at Work, The Angels, Billy Thorpe and more. Performing with just an acoustic guitar, this dynamic vocalist will wow and captivate you with every note. Don’t miss this show!

A TASTE OF BOND – SHAKEN NOT STIRRED

It is time to party with Mickster the Trickster in this wildly interactive birthday themed magic show. The kids become part of the entertainment on a rollercoaster of party games, surprises, prizes, comedy and of course magic tricks.

A NIGHT IN PARIS

Following a five star sell-out 2021 Fringe season, where they were the Advertiser’s pick of the Fringe for music, Adelaide chanteuse Louise Blackwell is back with her all-star band The French Set for a special season of their award-winning hit show A NIGHT IN PARIS at Marion Cultural Centre.

This sci-fi, dystopian-drama dissects what it means to live and die, and how tyrannical regulation on life itself has catastrophic consequences. ‘Choice’ is questioned. And you have the power to choose between two endings...

Adelaide born and bred brothers Harry and Ned Baulderstone return to the stunning Domain Theatre in Marion to take on the music and lyrical genius of the Finn Brothers – Neil and Tim Finn.

PICO UNDER THE CORAL SEA

‘Pico under the Coral Sea’, is an underwater exploration meeting all the beautiful creatures of the oceans and why we need to save our coral reef. Created from re-purposed and recycled materials, and through puppetry, live music, and storytelling they connect audiences across generations.

A NIGHT OF BEATLES BALLADS

A Night of Beatles Ballads will be an intimate evening of classics such as Eleanor Rigby, And I Love Her, Yesterday and Something. Greg’s love of all things Beatles brings a touch of class to this cabaret. Joined by Trish Hart on piano, a cellist, and a violinist this show is a winning combination of Greg’s guitar and vocals with an acoustic trio.

In addition to the shows delivered by the City of Marion, other Fringe highlights scheduled in the Council area include: 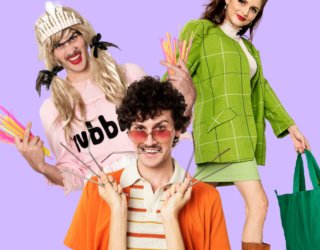 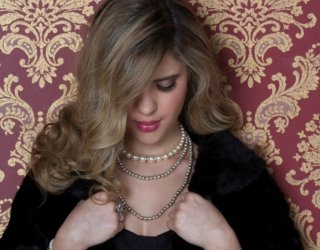 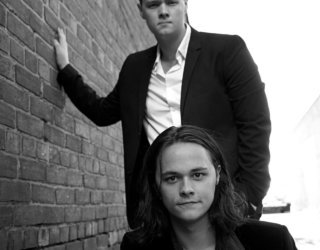