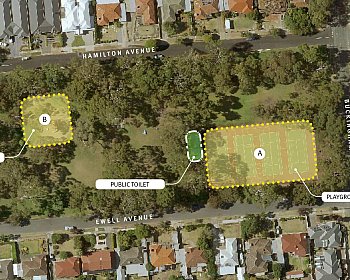 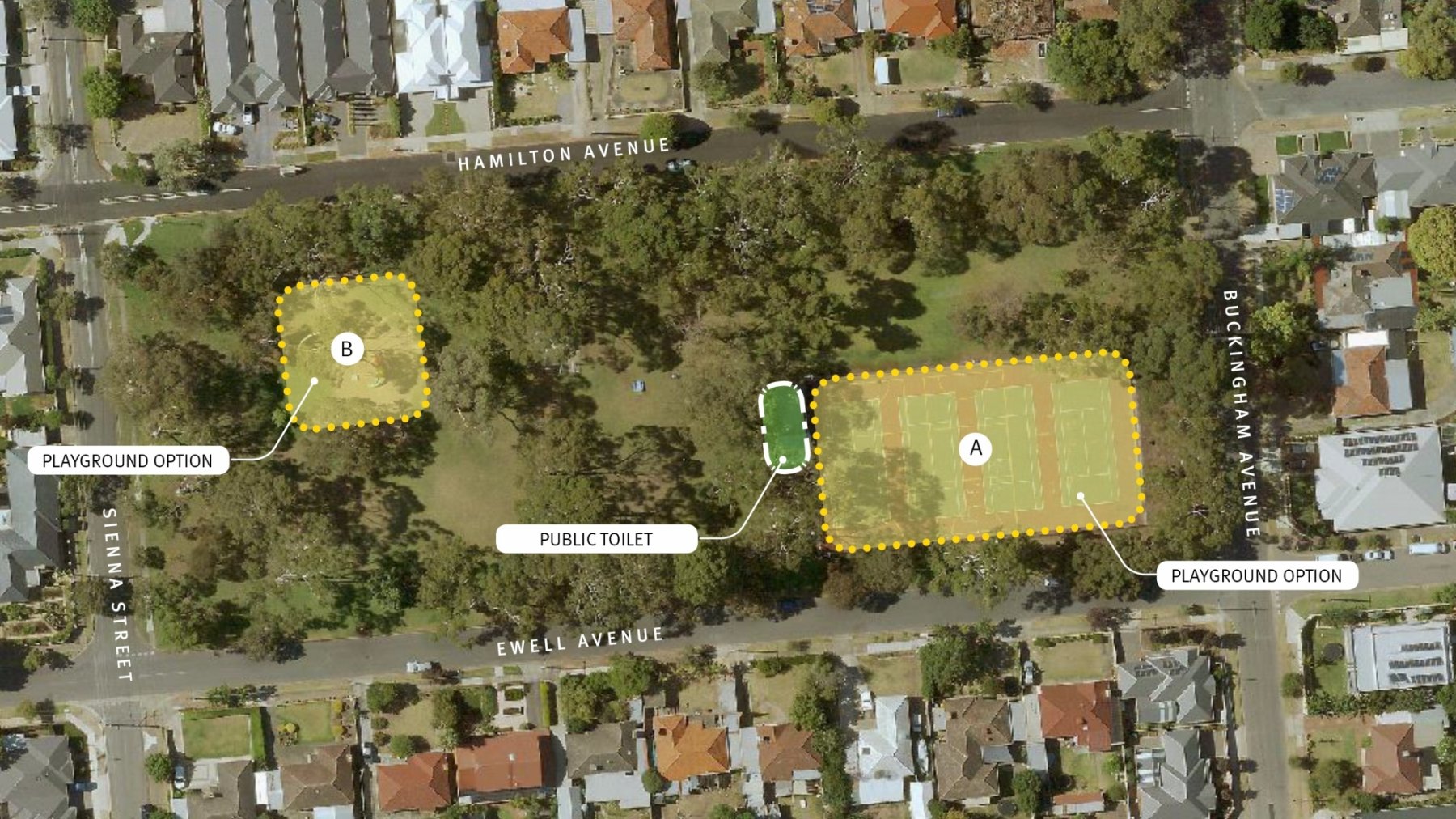 As an outcome of the 2018 State Government election, Council received $180,000 from Member for Gibson Corey Wingard for the construction of a public toilet at Hamilton Park Reserve.

We are seeking feedback to consider the overall site and plan for the future.

A review of the tennis and netball facilities across the City of Marion was completed in 2017.

The review found that the Hamilton Park facilities were in poor condition, did not meet acceptable standards for community sport and were underutilised.

The review found the cost of maintaining the courts in good condition would increase due to the impact of nearby trees.

Council voted to remove the tennis courts and club house in February 2017.

There are tennis courts available nearby at Hazelmere Reserve and Rajah Street Reserve.

Council is investigating opportunities to relocate the tennis court lighting.

The removal of the club house will include the removal of existing toilet facilities in Hamilton Park Reserve.

Council has received funding from the State Government to assist with the construction of a new public toilet by August 2019.

The toilet will cost $180,000 and is being fully funded by the government.

Our preferred location for the toilet is in proximity of the old club rooms where services such as plumbing, sewer and electricity already exist.

Upgrade of the playground

Council’s playground framework has identified the playground is to be upgraded within the next six years.

Our preferred location is to relocate the playground to the tennis court area. There are fewer trees in this area allowing for a greater selection of equipment that will not impact the roots of the trees.

If funds are available following the removal of the clubhouse and courts and the construction of the toilet, other recreation facilities, elements or activities for the broader reserve may be considered within this process.

Before we progress with the installation of the toilet, we are seeking feedback to consider the overall development of the site and plan for the future.

The intention for this consultation is to:

It is proposed the upgrades to the reserve will be delivered in stages.

The concept plan shows the preferred locations for facilities within the park and we seek your feedback this proposal.

Have you say at: www.makingmarion.com.au/hamilton-park-reserve.