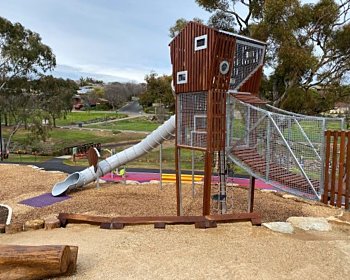 The City of Marion is hosting a community celebration this Sunday morning (August 28) to mark the completion of a $1.6 million facelift to Hugh Johnson Boulevard Reserve at Sheidow Park.

An official opening is scheduled for 10.30am with a range of activities including facepainting, ‘Come and Try’ sporting sessions, light refreshments and a sausage sizzle run by the Hallett Cove Lions Club being held from 10am to 12pm.

The upgrade at Hugh Johnson Boulevard Reserve has delivered something for all ages with the tallest tunnel slide in the City of Marion, a nature play in an Enchanted Forest, fitness equipment and a pump track.

Funded by the City of Marion and the South Australia Government, which provided an $801,184 Open Space Grant in late 2021, the upgrade also features a shared walking and cycling path through the reserve that connects to the Coast and Vines Rail Trail.

“Marion Council asked the community what they wanted at Hugh Johnson Boulevard Reserve. We have delivered what the community wanted, and more,” Marion Mayor Kris Hanna said.

“The Reserve now has family-friendly facilities with play and fitness equipment for people of all ages, a BMX pump track, good amenities and accessible paths which will connect with the Coast to Vines Rail Trail that runs alongside the reserve.

“Residents also wanted us to retain the natural ambience of the reserve and to protect trees and encourage birdlife.

“Urbans (landscapers) have done a wonderful job with construction.

“We’ve done a lot to restore the natural creek line running through the reserve and the ‘duck pond’, which serves as a stormwater detention basin. Council has also planted new trees and put in garden beds and other landscaping.

“Hugh Johnson Boulevard Reserve is now a place with something for all ages and I have no doubt it will attract visitors from across the southern suburbs.” 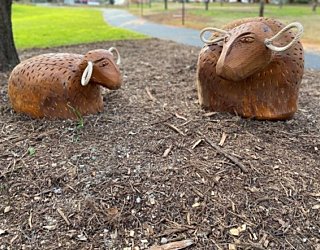 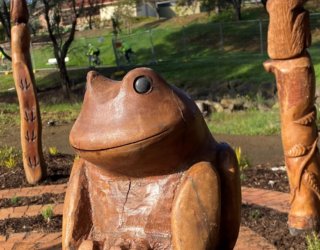 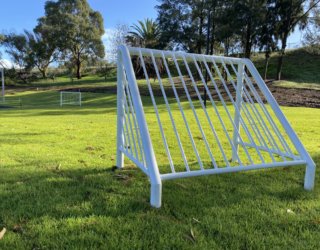 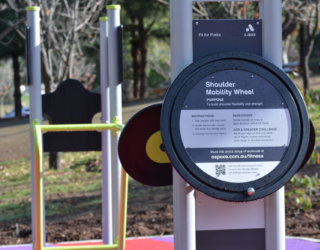 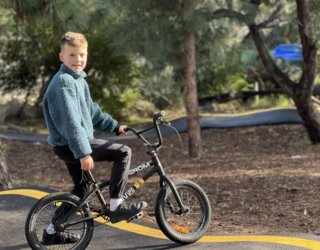 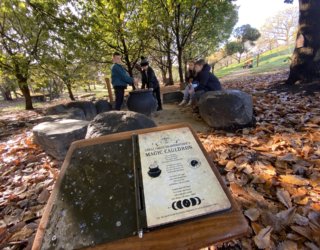 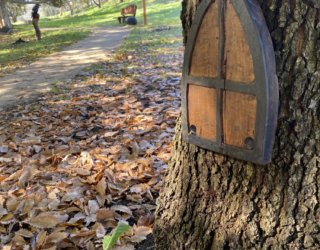