Little Bang Brewery signs on to the Tonsley Innovation District 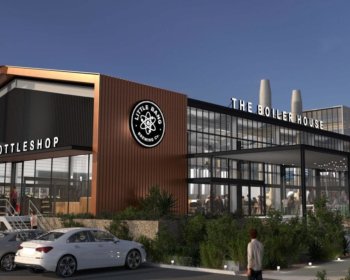 It’s already conquered the east and now one of SA’s most successful craft breweries is set to create a new microbrewery, restaurant and cafe south of the city.

Little Bang Brewing Company has a “multimillion-dollar” plan to open a microbrewery, restaurant, cafe and bottle shop in the old Boiler House, at the Tonsley Innovation District.

The Stepney-based craft brewer aims to open the site by mid-2024 and will also allow for smaller experimental creations, such as seltzers, to be brewed on-site.

Little Bang co-chief executive and head of brewing Oscar Matthews said to say there were excited about the plans for a new seven-day operation was an understatement.

“This expansion is going to give Little Bang more opportunities to push boundaries with our beer, and our brewing operation,” Mr Matthews said.

“We see this space becoming a creative hub and an incubator of new beers, seltzers and more.”

The Boiler House, once used to power the main Chrysler and Mitsubishi assembly line, will also have a mezzanine level for private functions and training.

Up to 100 jobs in management, operations and brewing are expected to be created once the development opens, which was alongside a new $47m retail precinct, announced last month.

Duxton Pubs acquired Little Bang mid-year in a deal that offered the craft brewer – one of the first on the Adelaide scene – extra resources to expand. The total cost of the expansion was unknown, other than it being a “multimillion-dollar” development.

Duxton Pubs bought the land from Renewal SA, after it reneged on a 2019 deal with Kidd Retail Group, behind Lady Burra Brewhouse & Kitchen in the CBD.

Urban Development Minister Nick Champion said the Boiler House had a proud history and the development would retain those elements while being adapted to a modern era.

“It will create a new space to service a new generation of Tonsley workers and attract students, residents and visitors to the area,” Mr Champion said.

About 500 people have moved into the Tonsley Village and more than 140 businesses have opened since it became an innovation district, employing about 2000 people.

'Little Bang Brewery signs on to the Tonsley Innovation District and will create new microbrewery, restaurant and cafe' by Erin Jones originally seen in Adelaidenow 18 December 2022. Picture: Artist impression of Little Bang Brewing at Tonsley by Cut and Paste Studio. Licensed by Copyright Agency. You may only copy or communicate this work with a licence.