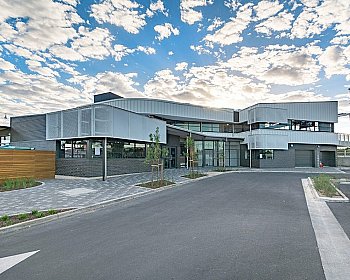 Marion Council has terminated the lease of the Edwardstown Soldiers’ Memorial Community Club Board and will take over management of the facility on Monday, 3 February.

Council has taken the step after a review of the Board’s financial records found it was trading insolvent.

Sporting fixtures, training, venue hire and other activities can continue as normal. It will be ‘business as usual’ for all users.

Council will run the site while exploring future management options through an Expression of Interest.

Why is Council making the changes?

Council reviewed the club’s financial records and found it was trading insolvent.

Council had no choice but to act swiftly and take over the management of the club once it became aware of the financial position.

Council decided to manage the facility to protect ratepayers’ money and secure the future of the club.

When did Council make the decision?

Council resolved to give the ESMCC 10 days to produce their financial records.

If they were found to be trading insolvent or the records could not be produced, Council would terminate the lease and take over management of the facility within a further 10 days.

The ESMCC was formally notified on Monday, 20 January.

What about the site’s users?

Sporting fixtures, training, venue hire and other activities can continue as normal. It will be ‘business as usual’ for all users.

The venue’s facility manager will continue to support the community venue and report directly to the City of Marion.

What support has Council provided to the Board?

The Board has sub-leases with the five sporting clubs, which are:

Council will run the facility while seeking an Expression of Interest for future management options.

Council hopes that once the changes are implemented we will have a better club to serve its members and the community.

The facility manager will continue to provide support and report directly to the City of Marion. They have been given a six month contract.

Who owns the site?

Council owns the site and has a lease with the Edwardstown Soldiers’ Memorial Community Club Board, which comprises representatives from the sporting clubs and the community.

What investment has Council made in the Edwardstown Soldiers’ Memorial Community Club?

The $8.8 million redevelopment of Edwardstown Oval was officially opened in April 2019.