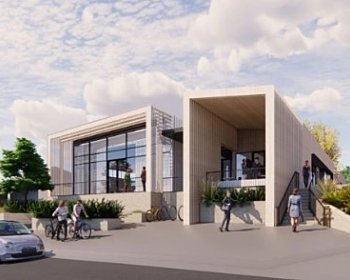 An inner-south council believe they have ticked all the boxes when it comes to overhauling a seaside hall, saying they are confident it will become a local hotspot.

A southern community hall, home to a quaint cafe and yoga lessons, is set to embark on a much-needed facelift.

New concept images and plans of the Marino Community Hall have been tabled with Plan SA, in hopes to have the 1940s building brought into the 21st century.

Plans will look to include 30 new parking spaces, an informal cafe, a gallery as well as a new performance area.

City of Marion Mayor Kris Hanna said the new build, which is expected to be commence within the next year, will reflect what those on the hill desire.

“We know the new Marino Hall is going to be very popular because we’ve listened to locals about what they want.”

The project is expected to cost around $5m after the Federal Government committed $2.5m towards this project during the Federal Election as well as the South Australian Government made a $500,000 election commitment.

The council also committed $2.5m back in 2020, but currently notes the prices of building materials may see that number grown.

“As far as current happenings are concerned, this is probably the most important thing going on in Marino at the moment,” he said.

The current site is home to a number of local activities including the Brews & Views Cafe and a number of fitness groups.

'Wheels still turning for Marino Hall's $5m makeover' by Emily Jarvis,originally seen in Adelaidenow, Messenger, 15 November 2022. Picture: Concept image from Newland Ave. Designs by Studio Nine Architects. Licensed by Copyright Agency. You may only copy or communicate this work with a licence.