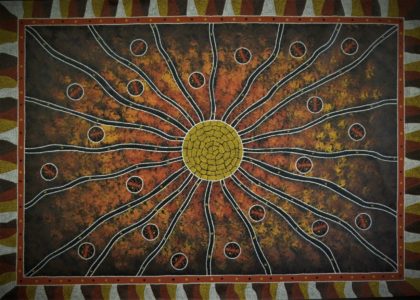 My style is mainly Aboriginal dot paintings. I use linen canvas

and artist quality acrylic mediums, all my paintings are varnished .

Craig Buchanan was born in Melbourne, Australia. Both parents died when

he was two, so he lived with an Uncle, but tragically he died. He and

his twin brother were then placed in foster care; there they had a

tormented child hood till finding living relatives at the age of 16.

Craig bounced around from home to home. He married in 1992 to and had

three children. After getting injured at work and forced to retire he

decided to play a bigger part in his cultural back ground, with the aid

of one of his Uncles he returned to country. He became involved in

several committees. After having a cousin stay for a while, he became

intrigued with the way he did his dot paintings. He then decided to

become more involved in learning the process of dot painting. The first

few painting were all traditional dot painting, but he started in

introduce his own twist and style into each painting. Craig tries to

tell a story with each and every unique painting. Craig’s main aim is to

advance the Aboriginal cultural awareness through each painting. He has

developed his own style in a very short time, while trying to keep the

traditional values. All of his paintings are original and every painting

comes supplied with its own certificate of Authenticity and a short

copy of his story. 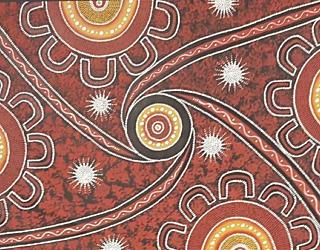