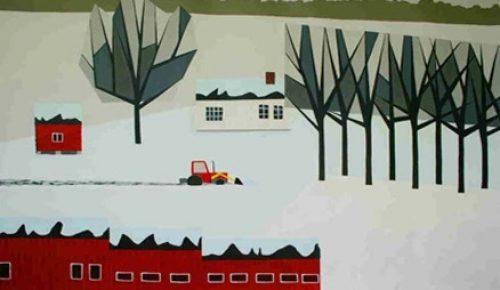 I am a painter working mostly with acrylics and gouache on both paper and canvas. I work on different formats, from very large to small and with both figurative and abstract painting. I often use my own life-experience as inspiration for my work, which can be a story about something that happened or something I have seen in nature.

Born and brought up in the country-side of Norway, I am now living in Adelaide with my Australian wife. My passion lies in painting and in the last several years I have worked with colourful abstract paintings. For me there has always been a close relationship between my art and my inner journey and my art changes in relation to what is going on inside of me.

As a young boy, I was fascinated with drawing and went on to study art at three different schools in Norway, ending my studies at The Academy of Fine Arts in Oslo. As a young art student I was awarded with a scholarship in 2005 and held my first solo-exhibition in 2006 featuring student works.

I was selected by a jury to exhibit at a regional art-show in 2009 and he held my debut-exhibition in Oslo in 2011 at Gallery LNM showing my best work from 2007-2011. In September 2011, I moved to Adelaide where I have settled and am now working.