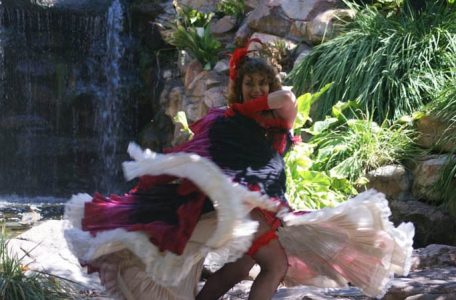 I was performing on stage from 4 to 15 years old with calisthenics and ballet, and studied music, singing and musical drama at highschool. I later was a part of the musical production "A Song of Norway" with the Tower Amateur Theatre Company.

My passion for dance led me to gain qualifications to teach dance in schools and the community in 2006. This led me to open a small school "Jariel's Dance Mystique" for teaching these dance styles to children in 2007 and expanding to teaching adults in 2009.

I run workshops in the community, including in nursing homes and the Minda Association. I have been performing regularly in Adelaide, at public and private functions, Festival Theatre, clubs, hotels, festivals and children's parties. I have also performed interstate and overseas in Tahiti with the ME Vaipua Tahitian Dance Company and at a wedding in Egypt! I have performed at many Indian functions including engagements, weddings and festivals.

I have appeared on local television and radio stations and performed on Channel 7's Today Tonight to promote Miss Burlesque SA and a fundraising "Dance Extravaganza".

Opening of Jariel's Dance Mystique in 2007.

2008 Part of Naveen Kumars production "Bollywood Spectrum" which raised funds for Schools and hospitals in India.