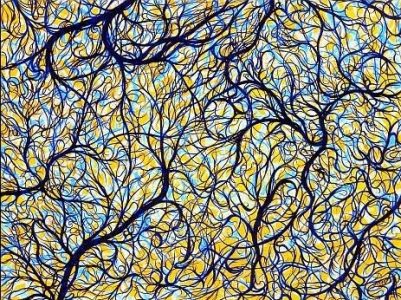 Oil on canvas/board.  Subject matter: Unlimited.
Style: In accordance with both perception (to a degree) and many years of natural and acceptable application, my style reflects my personality as with most artists in general.

"Paul Ford won his first art prize at the age of five in a poster competition then, over time, continued to acquire skill in understanding and interpreting the complexities of composition and perspective.  Paul's father, a cine' cameraman, nurtured this ability and encouraged him to design small sets which, on many occasions, he would incorporate into his own special effects work at his studio.  At the age of fourteen Paul entered the British film industry as a trainee Technician.  He studied Animation/Set Design/Background/Matte Painting with a London-based cartoon film company, and after two years moved into major studio film production as a camera assistant.

At eighteen Paul entered the Royal Navy for three years National Service, after which he resumed his career in the film industry as a freelance cine-cameraman.  At the same time, Paul also continued his close association with various art groups with whom he enjoyed the artistic freedom to further develop his natural ability to express - on a surrealistic level - his view of the world.  Paul eventually joined the Pinewood Studios Special Effects team, being involved in matte painting and process photography, and personally undertook several animation projects for Walt Disney Film productions.

Later, as a member of a 6-man photographic team, he was sent by Republic Film Production to Kenya to photograph big game in the wild for film library purposes.  Paul remained in Africa for a further five years under contract to develop and operate a government film unit, but he continued to pursue his first love, painting, which he did for some time before returning to England.  Paul then spent five years in Southern Spain, away from the rat race, painting professionally.

This broad spectrum of human experience has equipped Paul with the ability of being able - in his creative style of work - to easily sidestep reality: an essential element of the surrealist genre.

Paul has sold his work through numerous Sydney, Melbourne, Perth, Adelaide and London art galleries, and also to private patrons in Spain and the USA.  Now working from his studio on the Fleurieu Peninsula of South Australia, he maintains an output of controversial and unique works compatible with the intellectually recognised and much sought after surrealist genre." - K. MacDonald, BBehavSc

While my achievements have been confined mainly to commercial and private projects, the possibility of commissions and interest in community and public art projects does interest me.