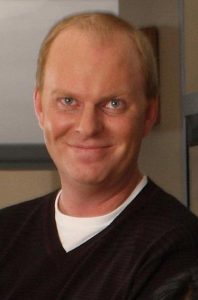 Pompey Bentos is a screen writer based in Outwood, England but frequently works internationally in Berlin, Atlanta and South Australia. He has worked in Film, Television and Theater, and found outstanding success in all fields. He has won the Golden Word in 2004, 2007 and 2013 for his work on the Welsh TV series "Manor Twinkle Bottom" Pompey is known for his razor sharp wit, and frequently referred to as the "comedian's comedian".

As Head Writer and Show Runner, Pompey was instrumental in the shows development from it's initial origins as a dark, gritty political thriller to the light hearted and whimsical romp the show is today.

Pompey, with his two Aunties, Petal and Auntie Mum, run a creative house in West Sussex. They are a combination of Advertising Executives, Think Tank and Artists. Using their collective 280 years of experience, they consults creatives from all fields and help them relive creative blockages.