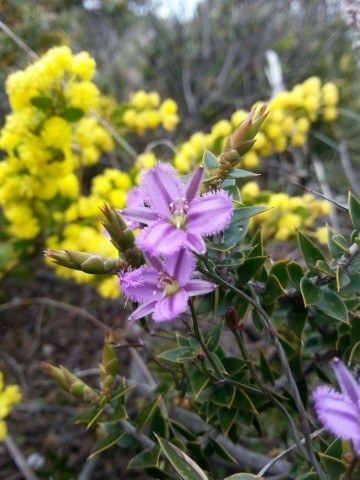 ▲ Native wildflowers in the City of Marion

Biodiversity is the variety of all living things; the different plants, animals and micro-organisms, the genetic information they contain and the ecosystems they form.

Naturally occurring biodiversity is often complex and provides unique character to a place. This variety in natural biodiversity offers a great deal of local identity and interest.

As well as having value in its own right, there are many strong and well-documented links between high biodiversity and high community health and well being making it very important to protect biodiversity wherever possible.

Our natural environments policy is to protect and enhance local inland and coastal habitats and local biodiversity.

Marion’s large open spaces and rocky coastal environment have been identified by our community as the most valued features of the Council area. Native plants and animals that live in these environments add to the character and unique identity of the region.

The City of Marion takes the approach of:

Demands on dwindling natural resources from increasing human activity place great pressures on biodiversity. Habitat modification, particularly for urban development, the introduction of exotic species, and pollution from a variety of sources all contribute to a loss of biodiversity.

Despite Marion being located in a highly urbanised metropolitan area, there are still many locations with remnant (undisturbed pre-European) populations of native vegetation. Much of this vegetation is protected in state parks and Council reserves.

Within Marion Council’s reserves and State Government Conservation and Recreation Parks there is a variety of indigenous plant and animal life including several species that are now considered to be rare, threatened or endangered in the region.

The O'Halloran Hill Conservation Park has previously been cleared and is now the focus of revegetation and rehabilitation activities of various organisations and volunteers.

Tips on bringing back biodiversity to urban areas, along with maps and lists of locally native plant species are available from the Adelaide and Mount Lofty Ranges Natural Resources Management Board.

One of the biggest threats to our remnant vegetation is fragmentation and encroachment of urban development.

To counter this threat, a bold project has been proposed as part of the Marion South plan to create a biodiversity corridor in Marion's southern suburbs that links open space in the Mount Lofty Ranges to the coast at Marino and Hallett Cove. Initially called the "Greenbelt" and now referred to as the Great Southern Urban Forest, this project is partnership between Council, State Government and the community.

The Sturt Linear Park is another location that is being created to also serve as a biodiversity corridor.

In Marion, the invasion of pest plants into areas of significant open space is also a major threat to biodiversity management.

The City of Marion works with the Adelaide and Mount Lofty Ranges Natural Resources Management Board to manage pest plants and animals.