Please note e-payments will be unavailable from 5 pm Thursday 30 June until 9 am Monday 4 July.
Skip to main content
Things to do

Anticipation is building around the completion of Capella Skate Park by year’s end. Hallett Cove School students, who were consulted during the design phase of the project, say they are excited to test out the new bowl and ramps. “It was good for us to have a say about why we wanted certain things, rather than them assuming,” Nate Varcin, 13, said. Assistant Principal Tom Wall said the skate park was a popular hang out before and after school and that the students were energised by the prospect of attending events at the park in the future. “They’re upbeat knowing they’ve had an impact on the community they live in rather than just their parents,” he said. “They keep asking ‘When’s it going to be finished?.” 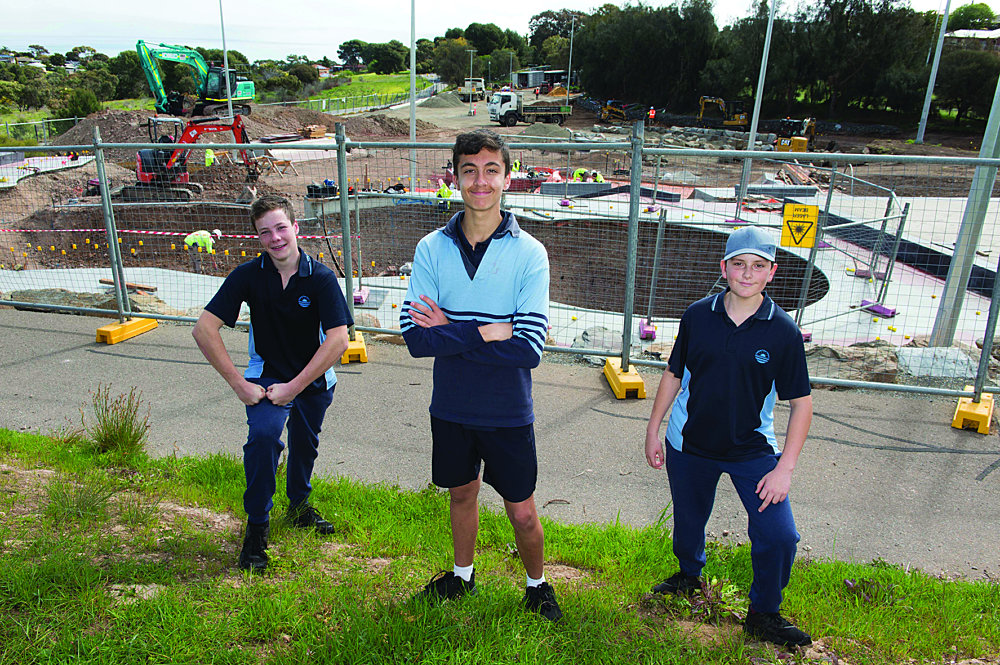 In addition to the skate park, Stage 1 will include a 3-on-3 basketball court, rock climbing wall and a car park extension. Stage 2 will add toilets, picnic facilities and ninja warrior fitness equipment. The $3 million upgrade received a funding contribution of $1.29 million for Stage 1 and Stage 2 through the Australian Government’s Local Roads and Community Infrastructure Program.

The grand opening of the skate park will include skate demonstrations, music and a free barbecue. Keep an eye out on the City of Marion’s social media for details.

This article was first published in #70 edition of City Limits in October 2021. City Limits is our bi-monthly community magazine, which is available to view online.