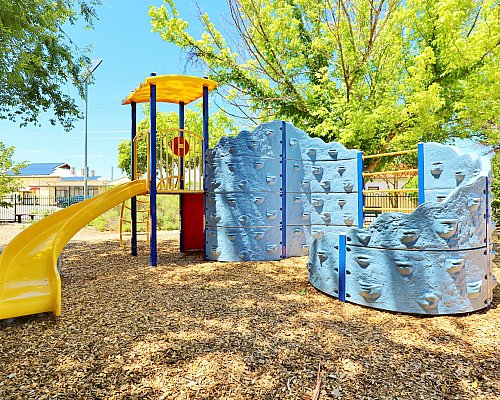 Elizabeth Ryan Reserve in Plympton Park is a local playground.

It's a small playground but it's packed with lots of play opportunity and fully fenced.

The eastern end features swings and a multistation with a curved rock climbing wall, an arched ladder and slide. Established trees provide great shade at this end of the playground.

The western end features a spherical climbing structure (maybe some kind of molecule...?), a spinner and a springer.

There's a picnic table under shady trees and a drinking fountain. 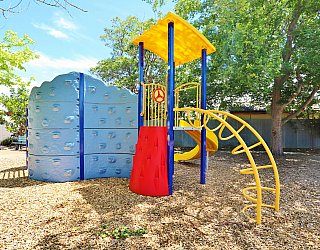 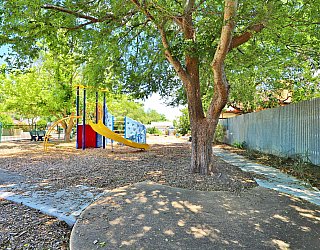 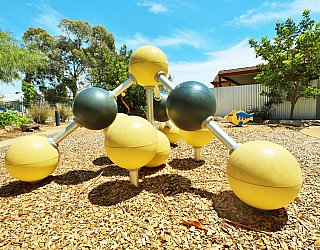 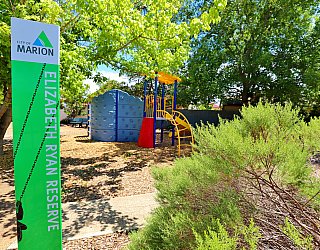 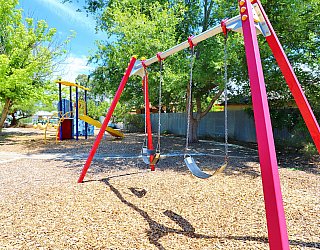 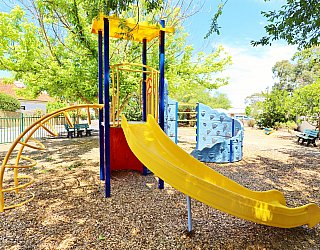 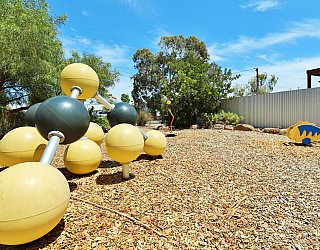 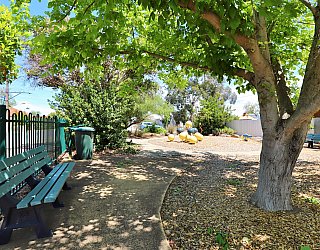 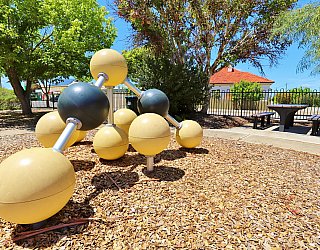 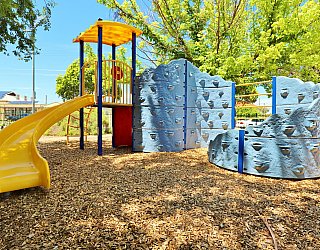 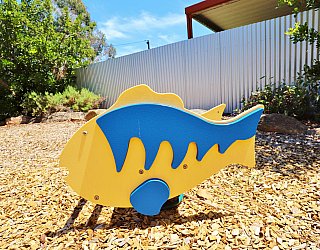 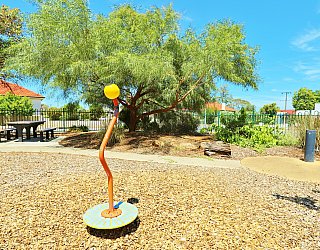 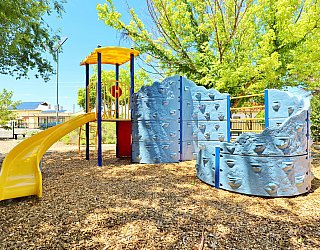 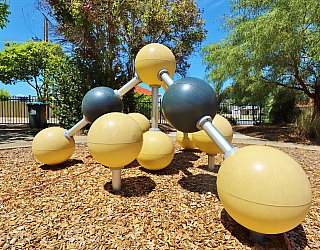 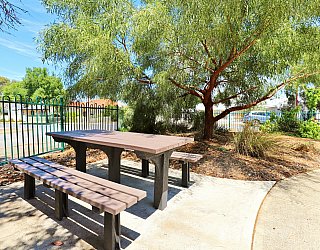 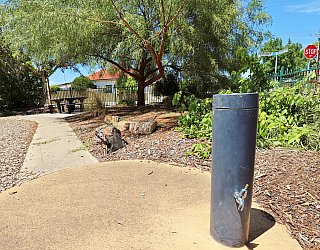 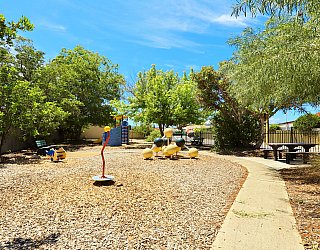 The City of Marion has a number of reserves along or near to the Mike Turtur Bikeway (listed from the City to Glenelg). Why not spend a day exploring them? 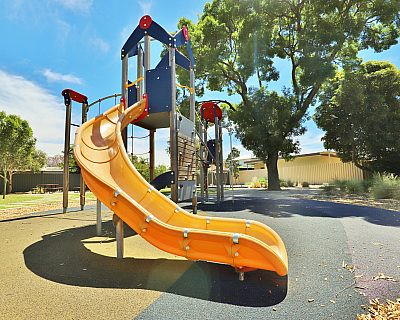 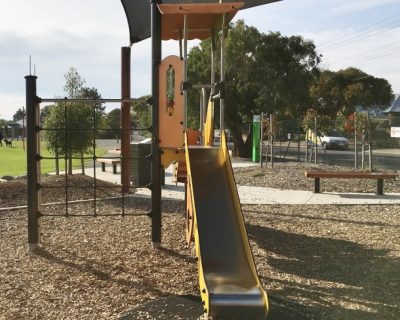 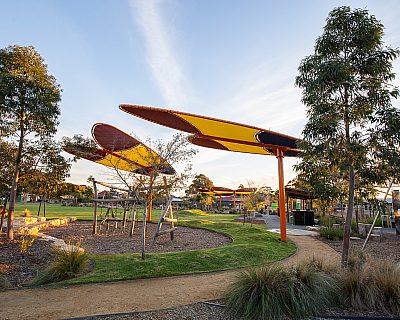