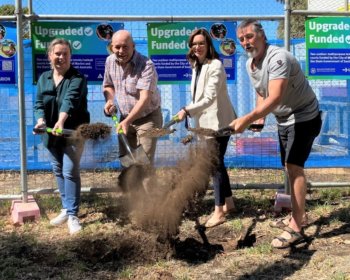 A groundbreaking ceremony to mark the start of work on new outdoor tennis and netball courts at Mitchell Park was hosted today by the Mayor of Marion, Kris Hanna, and the State Member for Elder Carolyn Power.

The $500,000 project has been funded equally by the City of Marion and the Office for Recreation Sport and Racing through a $250,000 grant from the 2020-21 Infrastructure Projects program.

The project complements the City of Marion’s $15 million development of the Mitchell Park Sports and Community Centre at Bradley Grove.

Once completed, the project will deliver two new outdoor, multi-purpose netball and tennis courts, with floodlighting for training and competition, as part of the new facility.

Minister for Recreation, Sport and Racing Corey Wingard said the new facility will offer a key hub for not only the Mitchell Park Netball Club, Tennis Club and Cricket Club but also the broader community.

"When complete this precinct will be a premier sport and recreation venue for many South Australians with approximately 1,160 active participants estimated to use the facility weekly,” Minister Wingard said.

“Projects like this one align perfectly with our Game On initiative to get more people more active which in turn eases the pressure on our health system.”

Mayor of Marion Kris Hanna said: “The State Government’s contribution towards two outdoor courts adds to the amazing new Sports Club, indoor courts and a neighbourhood centre which will be opened in just a few months’ time.”

Construction of the new Mitchell Park Sports and Community Centre is already well underway. Work on the facility is scheduled to be finished in May this year.

The City of Marion has allocated $10.74 million towards the redevelopment. The Federal Government committed an additional $5 million for the project before the 2019 election.

Once open, the centre will become home to nine local sporting clubs and a council neighbourhood centre, making it one of the largest sports and community hubs in South Australia. 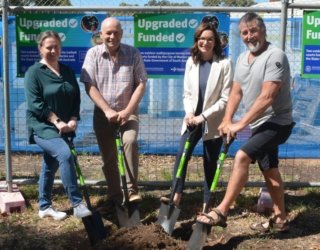 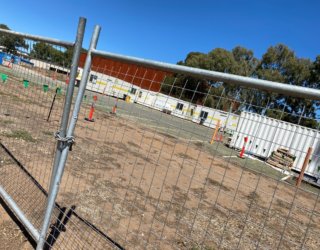 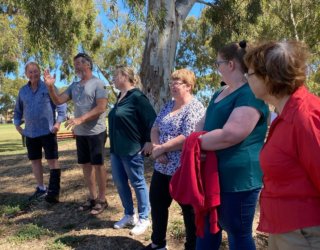 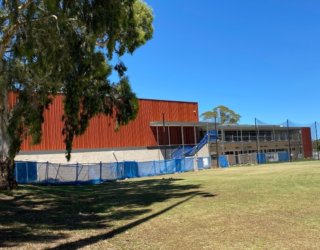 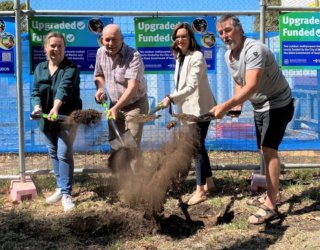 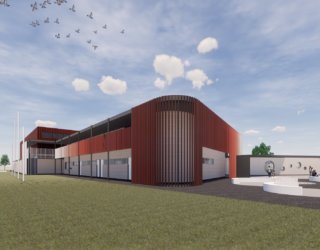