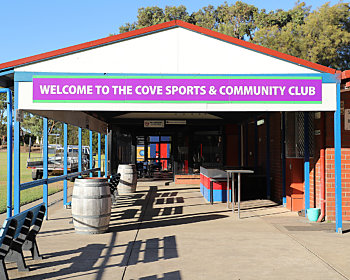 Marion Council has decided not to renew the tenancy of the Cove Cobras Football Club at the Cove Sports and Community Club.

The CCFC have until midnight, 25 October 2019 to vacate the ratepayer-owned premises.

Council made the decision to not renew tenancy after considering the report at its meeting of 24 September 2019.

What were the key reasons behind Council’s decision?
What prompted the investigation?
Were the CCFC given a chance to respond to the allegations?
What about the women’s and junior teams?
When was the club notified?
What other sports clubs use the facility?
What has Council done to protect users of the facility?
Keep in touch Subscribe to our email newsletter