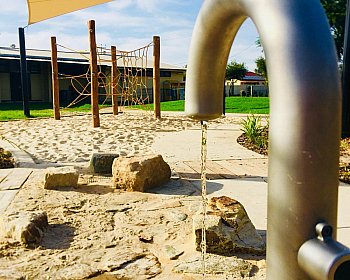 We are excited to announce the reserve formerly known as "Sixth Avenue Reserve" is being changed to "Joan Herraman Reserve." The late Joan Herraman OAM was a former Marion Councillor who was passionate about providing outdoor play and leisure areas in Ascot Park.

Council at its meeting on 8 May resolved to consult the community on the name change of the reserve.

A community survey was held over three weeks seeking local resident and stakeholder feedback in June 2018.

We received overwhelming community support to honour the late Joan Herraman OAM through the reserve name change. Based on the community feedback, Council agreed to formally rename the reserve on 24 July.

Details on this name change were published in the Government Gazette on 9 August.

A public notice on this change will be placed in the Messenger Newspaper.